We want this list to be a complete list; we realize we are missing some bands.  Also, you may find some of the information has changed, so please let us know so we may improve the quality of our information.  We aim to be the best J If you have suggestion, please send them to our Editor-in-Chief, Larry Bethune – [email protected]

If you are looking to hire a piper or pipers for an event, we have some suggestions.  Hiring a piper is a matter of personal taste, much like hiring a band for a wedding, a contractor to build a house, a painter to paint your family portrait, or a restaurant for your anniversary.   Scots in New England does not endorse nor specifically recommend any individuals or companies on our website.  We strongly suggest that you “audition” pipers by:

Remember, our desire is to build a community of those who love all things Scottish in New England.  Therefore, we accept as member of the community the highest rated bagpipers as well as the young musician who started the pipes this morning.  So, do your homework, you decide, but use our resources to help guide you.

The first meeting to organize the Column was held in 1992 at the famous Doyle’s Cafe in Jamaica Plain. With more than ninety Officers in attendance, the Gaelic Column was becoming a reality.  Every year the Column has proudly leads Boston’s, Saint Patrick’s Day Parade in Southie.  Our schedule is filled with charity events and public performances.  Numerous private conventions, celebrations, weddings and funerals also keep the schedule full.

Our band consists of many talented musicians committed to delivering quality Irish pipe band music to our region. We do a wide variety of public performances through a number of holiday parades as well as private performances such as weddings, funerals, and other venues. We are very proud of our musical ability as well as our heritage.

Clan MacPherson Pipes and Drums is one of New England’s oldest continually operating pipe and drum ensembles, founded in 1921. An intergenerational ensemble, dedicated to furthering the proliferation of Scottish music and culture, the ensemble performs at a variety of events and parades throughout New England and the United Kingdom and offers instruction and musical development to the Merrimack Valley.

The Colonial Pipers are an all youth bagpipe and drum performance band. We participate in many parades throughout the year and play mostly traditional Irish and Scottish tunes, while occasionally throwing in some renditions of songs by the Dropkick Murphy’s (hey, we are based in Boston, after all!).

The Commonwealth Pipes and Drums is a non-profit organization that seeks to expand knowledge of traditional bagpipe band music.

The Holyoke Caledonian Pipe Band was founded in 1910, making us the oldest continually operating pipe band in North America. We uphold a tradition of excellence and pride in pipe band performance.  Our members are passionate about providing the community of Western Massachusetts with excellent performances and excitement.

The Band currently practices on Tuesday Evening and Friday mornings. New members are always welcome {no musical experience is needed}. Contact the Band Master for further info [email protected] The Band receives Bagpipe and Drum Instruction from professionals who have received top awards from around the world

Old Colony Highlanders was founded in 1916.  We are an inter-generational bagpipe and drum band devoted to fostering the music and culture of the Great Highland Bagpipe and drums through performance and competition in southeastern New England and beyond.

The Springfield Kiltie Band, established in 1917 is one of the longest running pipe bands in U.S. history. The purpose of the band is to engage in activities and programs as will improve all aspects of bagpipe music as well as piping and drumming with respect to both pipe band and individual playing. Our goal is to foster greater public appreciation and understanding of piping and drumming, and to create and promote bonds of fellowship and camaraderie among pipers and drummers. To achieve both our goal and purpose, the band offers free instruction in piping and drumming to anyone who joins the band.

Founded in 1964, The Stuart Highlanders Pipe Band is a prize-winning performing and competing Scottish Highland Bagpipe band based in the greater Boston metropolitan region. Over fifty-two years since the band’s founding, the band has actively pursued its mission to spread a greater appreciation for the art of Scottish bagpipes and drums and Scottish culture in general.

Sutherland Pipe Band has a history of over 85 years making it one of the oldest pipe and drum bands in the United States. We are a registered Grade 5 competition band in the EUSPBA.  We offer lessons for bagpipes and drums for any person interested in joining the band. No experience required!

The Westford Firefighters Pipes and Drums is a public safety service pipe band made up of Public Safety personnel and civilians alike.  Our mission is to be ever ready to honor a fallen Public Safety or Military hero and to uphold the proud traditions of the Highland Pipes and Drums.  As a performing musical group our goals are to continually improve and foster an appreciation for Celtic music.  The band chose the Sinclair red tartan in honor of Sir Henry Sinclair’s Expedition to North America and the band crest, designed by Westford Firefighter Dave Christiana, is based on the Clan Gunn Crest in honor of Sir James Gunn whom, according to the Westford Knight legend, died in Westford on the expedition. The Westford Knight legend and the stone with the carving of a Knight are located about ½ mile from Westford Fire Headquarters.

The Wilmington Police Pipes & Drums is made up of Police officers, Firefighters, Paramedics, and Citizens from the Greater Wilmington area. Our Organization is affiliated and made up of members of the Greater Wilmington law enforcement community. Our Bands Mission is to “Onoir Ar Marbh” or “Honor our Fallen. The band pays tribute to Local Police, Fire, and Military personnel that have given their lives in the line of duty by traveling and playing the Pipes and Drums at their last call. We take pride in our Mission and see it as an Honor to be able to do what we do.

Formed in 1916, the Worcester Kiltie Band is one of the oldest functioning pipe bands in the US. The ‘Kilties’ are famous for being the first pipe band in the US to rise to international prominence at the Grade 1 level.

The members of Claddagh Mhor Pipe Band each have their individual history, but as a group we are looking toward the future. We are focused on quality and with that, competition. The name “Claddagh Mhor” is derived from the Claddagh, a symbol of friendship (hands), loyalty (crown) and love (heart); and the Gaelic word, Mohr (pronounced ‘more’), meaning great or big.

The Kora Highlanders were founded in 1979 a group of Nobles envisioned putting a pipe band together. We are a Shrine band – we play so our children in the Shriners Hospitals may walk.

The purposes of this organization are:

Catamount Pipe Band performs and competes all over the northeastern US and the world.

The Catamount Pipe Band Puts Vermont on the Bagpiping Map

The Catamount Pipe Band regularly competes throughout the region and plays at Vermont events and parades, as well as at the World Pipe Band Championships in Scotland.

They’ve Got the Pipes: First Place for Catamount The Catamount Pipe Band brought home to Vermont a First-Place trophy from the Glasgow Lands Scottish Festival on July 16. This was the pipe band’s first competition of the 2022 season.

Find bagpipe accessories and supplies around New England and abroad. When you contact these organizations, please mention that you got this information from the Scots in New England website….

Ever want to learn how to play the bagpipe? 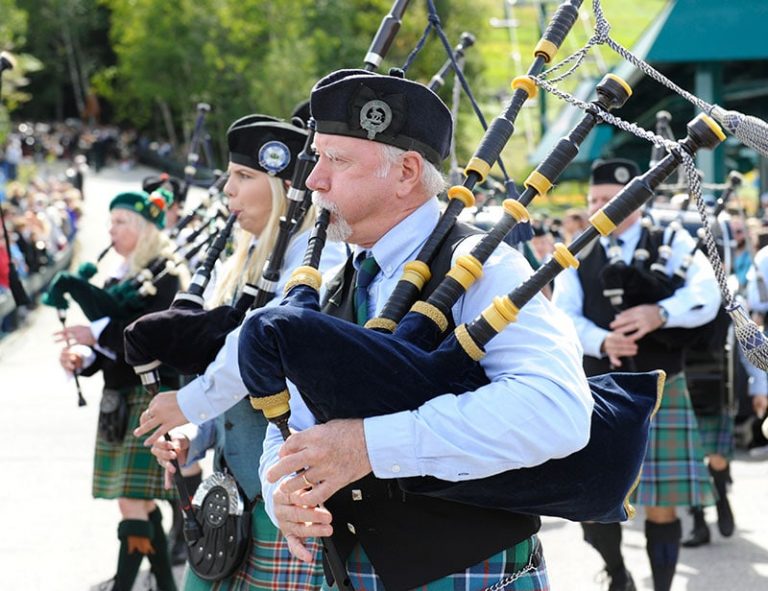 Your New England Resources to Pipes and Drums. 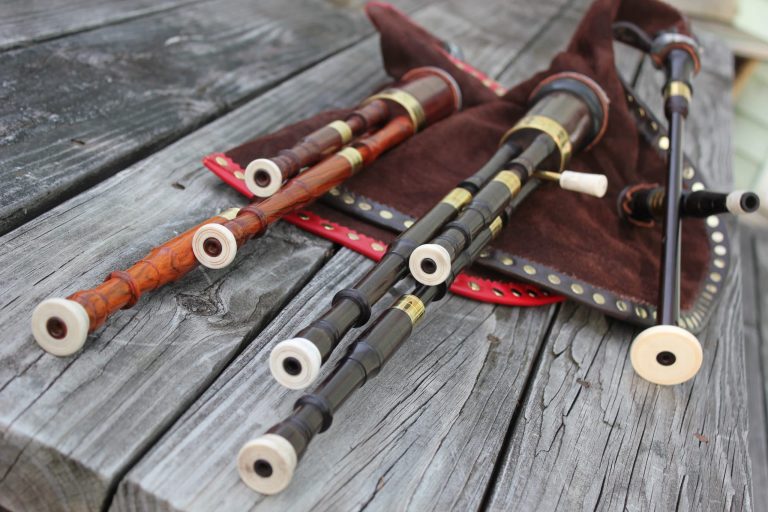